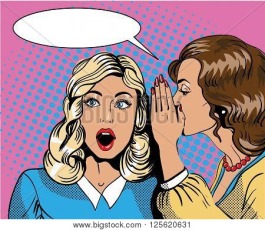 I personally feel it depends on what your motive is. If your motive is to make the abuser’s life miserable because you don’t want them to be happy then no.  You left them to get away from the drama that they caused.  Why stir up more for yourself?

If you want to tell the other person to save them the misery and you are concerned that they may be hurt, then yes.  I think you should.  Not doing so is no different than a person being raped and not putting the rapist on trial.  I’ve had a letter written for over a year.  I want to send it because I am concerned about her safety.  I have not done so yet because I am not ready for that conflict between him and I.  I’m also hoping  he has done some changing but I have to be honest, they have broken up a few times and one time, when he thought he had “bitch buttoned” me when I returned his call, he actually turned his phone on.  Talk about trauma.  It was so difficult to listen to him talk to her the way he used to talk to me and then for her to sound like me. I started crying and since I was returning his call, I quickly sent him a text telling him I could hear everything and he better be nice to her or he was going to lose her.  He never said a word or responded.

You have to remember that you might have the best intentions but chances are she will not believe you.  It is not your job to convince her.  It is your job to simply let her know that you were abused, you hope she is not and if she ever needs you to establish a history, she can contact you.  That is it.

I had one other abusive relationship when I was 17/18.  It was physically abusive and I ended that one quickly because it was apparent I was being abused.  He treated me like a queen but had a raging temper.  Probably 4 months after we broke up, he had a new girlfriend.  I marched up to them in a restaurant, handed her my then business card and said, “here is my card if you need me.  He threw me up against a brick wall and choked me.  I hope  he doesn’t do that to you but if he does, you can contact me.”  She got pregnant, married him, had a child and a year or two later filed for divorce because he beat her.  She never did call me but a good friend of hers said the decision was easy because I had approached her, so she knew what happened wasn’t just a bad day.  This was something he was now repeating with someone else.

You have to tell the other person for the right reason and you have to be just honest and matter of fact about it and understand, they are probably not going to believe you but that you ultimately did the right thing no matter what. It’s not going to be your responsibility to convince the other person.  It is simply your responsibility to provide them with the information so that they can make an informed decision.

In my letter to his girlfriend, I basically say that this is not a letter to try to break you up. I hope he has changed and you are happy and I appreciate you being so wonderful to my children.  You seem like a really nice person and I believe women need to support and protect each other so I did want to let you know that I was a victim of domestic abuse.  I had 3 restraining orders.  If at any time your intuition is telling you that something is not right, listen to it.  The letter is just very simple and to the point.

No one knows but you whether you should advise the new partner or not.  There are a lot of things to consider.  Make sure you weigh them out before proceeding.  If you have to worry about your safety, then don’t do it.  I know that “my narcissist” would never do anything to ruin his business.  Money is too important to him and his heart and soul is in that place.  After all, it was his mistress for many years.  He loves that place more than any one person in his life.

My letter will be sent one of these days.  It needs to be said.  My guess is that she will not listen at first but I know from experience that they are hitting the timeline where the abuse could start.  Remember, narcissists slowly brainwash you and break down your self-esteem.  He’s had a while to work on hers and that worries me.

Bottom line:  Only you can make the decision.  Make it with a pure heart.