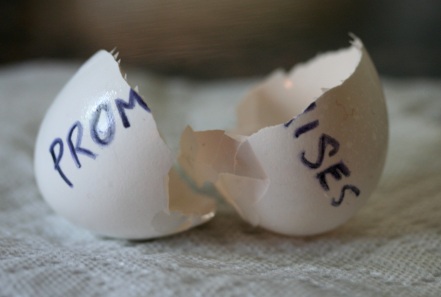 I realize now that the promises that were made, had strings attached to them and the abuser never really ever held himself accountable for the abuse.  He would set up the elaborate plans for the two of us to follow to make our lives better but most of the work fell on me.  If you were thinner, I’d be happier.  When I got thinner (by working out 9 times a week because I have an autoimmune issue) then it was don’t you think you are looking a little too muscular?  It was never really your weight, it was your bitchiness.  If you would smile more, all would be good.  Do you have to smile all the time?  Don’t you live in the real world?  No one smiles that much.  You are too serious.  Why are you laughing all the time, can’t you take anything seriously?  Why do you dress up all the time?  Can’t you wear jeans and flannels once in a while?  How come you don’t dress up like Kim?  She always looks nice.

I promise if you stop pushing my buttons, I will stop demeaning you, yelling, and threatening you but everyone needs to be criticized.  It’s important to be criticized.  So, I will continue to tell you what you need to change.  A counselor said to him “That will kill your marriage.”  “No, it won’t.  Criticism is good.”  “So you like to be criticized?”  “She has no reason to criticize me.”  That was the first counselor when I was pregnant with our first child.  He called me later and said, “You are in an abusive marriage, you should leave.” I didn’t believe him and I was pregnant.  He had me brainwashed and I believed I was the reason he wasn’t happy. I had promised to love him in sickness and in health and I took that seriously.

There came a point in my life after my child was born that I was making the promises.  When he was two months old, on Christmas Day, my abuser, held me by the throat, while I was holding my child, up against a wall and told me I was not taking his baby out of the house to go see my parents.  We eventually did end up going and I held my son the whole day, barely sharing him and I kept whispering promises in his ear, that things were going to be okay. I would keep him safe.  It was my first realization that maybe I could never make this man happy because here was a beautiful child and he was willing to jeopardize his safety while choking me. Unfortunately, I kept wondering what I did wrong. What I could have done differently and I had no real answers but I still blamed myself.  I had never dealt with anyone like him and was so off kilter that couldn’t think straight.  I lived in a fog for years.  Always walking on eggshells and wondering what was going to happen today.  I was skittish.

The fights were brutal.  They never ended and I was left making promises to make peace or ended up being shut out for a lengthy period of time, at which time, he then came to me with his own promises of making things better.

When I became pregnant with our second child and after he was born,  my abuser looked at me holding the baby and said, “I don’t know if I will ever connect with him.” and gave me a disgusted look, I felt guilty and ashamed and heartbroken but I made a promise that day to myself and my new baby to keep him safe until he could fend for himself.  I did that. I kept my promise.  I gave up my life and did what I had to for my kids because they did not ask to be born to a narcissistic, abusive father and I would gladly do it again for them.

My promise to them now and to myself is that we are going to overcome this and break the cycle of abuse.  I have worked diligently to keep my promise to them and to myself and even though my boys are older, I am dealing with some repercussions of them not having a positive male role model on how to talk to their mother.  But we are working on that and there are men in place who are helping them learn that a woman,in fact, just people are to be talked to with respect.  For them, they are polite to others but sometimes talk to me the way their Dad did.  Not terribly abusive like he was, but disrespectful at times, and even though it could be a sign of growing up, I take it seriously and cut them no slack. They are relearning some things and it will be a long road, but my job as a Mom didn’t end with the divorce.

My promise?  No one in my family will ever have to be afraid again as a result of Domestic Abuse.  It ends right here.

My challenge?  Wear purple on Fridays to recognize those who lost the fight, those who are fighting and to honor those who got out of their abusive relationship.  Show your support.  My promise to you is that I will be wearing my purple!