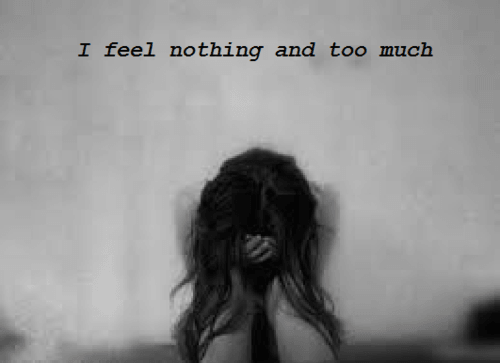 Let’s talk about something really uncomfortable.  Something that most people in an abusive relationship, especially with a Narc, has had cross their mind.  SUICIDE

You are numb and yet you feel everything.  You are paralyzed.  Undervalued.  Stressed.  Feel you can’t do anything right.  You are in a no-win situation.  No matter what you do, it will be wrong or you will be ridiculed for it.  You have been demeaned and made to feel useless.  Your life revolves around only his/her friends.  The few things you have been allowed to pursue as outside interests are ridiculed or worse yet they try to undermine it.  For me it was Jazzercise.  It was my escape and I had a group of friends who were my one hour of normal but every time I went he would ridicule me because I was not thin.  (the exercise wasn’t working) or he would try to guilt me into staying home.  Doing anything he could to suck the joy out of my only hour to myself for the day.

Maybe it is a friend who is in jeopardy.  Feeling hopeless and overwhelmed.  I can tell you from talking with a friend who tried to commit suicide, that even with two sons who he loved with all his heart when he wanted the pain to end, they did not even figure into the equation.  All he knew is that he needed to stop hurting.  It was a calm, preplanned decision.  He felt like he was finally taking control and the pain would end.  He knew his wife would take care of the teenage children.  He was very calm about it.

So what actions do we take?  SafeTalk (Suicide Awareness For everyone-Safe) will teach you to (Talk) Tell, Ask, Listen, Keepsafe.  You need to immediately Tell the person you are listening and care.  Ask if they are thinking about suicide and if they have a plan.  Listen and then keep that person safe. If they are thinking about suicide, then listen and hopefully give them hope.  If they have a plan, then unless you are a professional, you should turn it over to someone who can handle this mental health emergency.  Meaning call an ambulance and even if they only spend one night at the hospital talking to a psychiatrist, at least they will have touched base with someone in the profession.

If you take one thing away from this, it is too flat out ask if they are thinking of committing suicide and take it from there.

So, if you call 911 on their behalf, they will want to know if they have a plan and if so, what it is.  Be prepared to answer some questions and know that no matter what, you did the right thing.